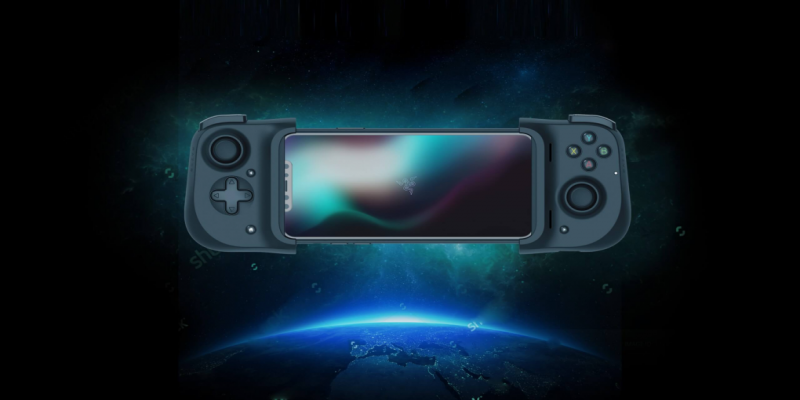 As mobile gaming establishes as a serious alternative to consoles and desktops, it results in more specialized peripherals for mobile games. Razer is a company that cannot stay away from such a trend. This year, at CES 2020, Razer introduced the gamepads it developed especially for Android devices.

Kishi is the name of the new device. Its primary feature is compatibility with virtually any fresh Android device. It uses a Type-C connector for data transferring and power supplying at the same time, and it removes the latency Bluetooth controller owners encounter. Gaming consumes much energy, so there is a through port for charging while playing.

As for usability, it’s a full-sized gamepad with a pair of joysticks, a D-pad, clickable buttons and triggers. There are also specialized buttons for system functions, compatible with both iOS and Android. Still, the device is rather meant for Android. Since September, iOS users can connect their DualShocks and Xbox Controllers directly to their phones and tablets. Android hasn’t caught up with this yet, and Razer is here to fill the gap.

It’s no secret that Kishi is inspired by Google Stadia. Mobile controllers available before were mostly good for mobile-only games. Kishi is great with AAA titles, available on Android through Stadia or similar services. There is even a mapping tool for adjusting controls to your habits.

It follows the Nintendo Switch pattern, with controls on sides of the phone. So if you are a Switch user, it will be easier for you to accommodate for Kishi. Still, the feel of the phone with Kishi is similar to Xbox Controller or DualShock.

Probably the gamepad will be available soon, even this spring. Google launches the free version of Stadia by the time. So there will be more reason to purchase games on Stadia and play them on your mobile device with Razer Kishi.

Would You Buy It?

Tastes differ. Do you believe this combination can match a real console? Would you buy such a gamepad for your flagship phone? Or for a middle class one? Do you believe that AAA games will look good on mobile screens? Share your opinion in comments, and we’ll appreciate it.